“I will delight in your statutes; I will not forget your word,” the Psalmist says.  But that is precisely what Israel is doing; forgetting God’s word, turning his statutes and commandments into mere legalese and parsing meanings to suit themselves.  Jesus exposes these transgressions and condemns them in anger.  He continues to use parables and coded stories to describe events that will take place if God’s people don’t turn back to Him.  According to New Testament scholar N.T. Wright in his book, Mark for Everyone, Christ uses the imagery in the parables to share the connection of prophecy to the events that were unfolding towards the tragedy and nature of his death.

Christ curses the fig tree, (symbolic of Israel) which withers and dies.  In yet another parable, he tells the story of the tenants (Mark 12.1-12) who have usurped the authority for the vineyard of their distant landlord, to the extent they kill his servants and eventually his own son.  This foreshadows Jesus’ death.

Further, in his visit to the Temple Jesus denounces the money changers as robbers and exposes the metaphorical twisted principles or stones of its foundation that man has warped with his greed.  He condemns those who turn the ritual of sacrifice to God at the Temple into a farce, a mockery.  No wonder Jesus smashes their booths and topples their tables.  He predicts the destruction of Israel, down to the rubble, except for the one stone.

Christ is the cornerstone on which God’s true house will be built.  Each time Jesus acts in authority, the Pharisees seethe and vow to trap him, but they are afraid to do it openly lest they anger the crowds drawn to Him by his miraculous deeds.  Jesus does not allow himself to be trapped, yet he speaks openly about his death in sacrificial language.  He becomes the lamb.  His death on the cross is the ultimate sacrifice, made even more profound by its reference to the “cheap” sacrifices that had become routine at the Temple.

Jesus knew what he was doing as he chose the colt (or donkey, according to Matthew) on which to ride in triumph to Jerusalem.  It was significant that the crowds cast robes and palm branches to the ground for the colt carrying Jesus to trod upon—this was done for royalty.  While he continues to speak of his death, he also speaks in code because it is too dangerous to declare himself as the true, anointed king.  Not yet.

Wright says, “Those who follow Jesus often have to speak and act in ways which the surrounding culture won’t understand and won’t like.  The church has a prophetic mission to the wider world, because the God who landed Israel as a vineyard is the creator God, by whom in fact the whole world was designed as a fruitful garden.  Often those who have exercised a prophetic vocation have suffered and died for their pains.  Those in whom the Spirit of the Beloved Son has come to live can, after all, expect no less.  Living as a Christian is not guaranteed to being a character n a comedy; often it feels more like a tragedy.  But God’s promise remains:  when builders reject a stone, sometimes it is because it is designed to be the capstone.” (160)

Have mercy upon us as we continue to reject Christ, the cornerstone of your Kingdom.  We humbly ask for forgiveness for making the same choice to turn away from you as the e fathers of our faith.  Bind us in your strength as we seek to forgive in your likeness.  We are weak but in your Son find perfection.  Make us worthy of the sacrifice you made for us, so we live in Him and have eternal life.

Jesus’ mission on earth is coming to an end as it is described in Mark 14.  He has spoken of his coming death again and again, but has not been able to impress upon his disciples that he has only a short time left with them.  The woman who anoints him with oil in Bethany is preparing for his burial in advance, but only Jesus sees this.  Meanwhile, the high priests cannot risk an open arrest of Jesus, so they set up an arrangement with Judas to lead them quietly to Jesus.

Passover is approaching, and Jesus has planned a meal for his disciples that will mark the moment they depend on his death for their life.  “God’s Kingdom is now coming on earth as in heaven,” New Testament scholar N.T. Wright says in his book, Mark for Everyone.  This Passover will be different from the others, however.

…he said new words, which linked them to the death he would very shortly die, and to the coming of the kingdom of God that would be brought about by that death.  This meal, with its new-Passover associations, was Jesus’ primary means of enabling his followers not only to understand his death but to let it do its freedom-work in their lives and in the world.  It drew to a head the kingdom-actions and kingdom-teaching of his whole public career.  Jesus’ death, seen and known in the light of this meal, makes sense of it all.  This is how the kingdom will come.” (195)

Wright says Jesus intended the sharing of this meal “…to be the central means whereby his kingdom-achieving death would be known, believed, appropriated and lived out.  Each generation of Christian’s, and each subculture within Christianity, must find ways of enabling that to happen.” (196)

The scriptures describing Jesus’ anguish at Gethsemane are painful to read.  Three times Jesus asks “Abba, Father,” to spare him the suffering of crucifixion, yet yielding when he receives the answer “No.”. Three times he asks the disciples to pray for him and they fall asleep instead.  He predicts Peter will deny him three times in the coming day.  He sees Judas approach to betray him.  This is a time of sorrow.

Wright invites us to think about Gethsemane as what it truly meant for Jesus to be God’s son.  “The very moment of greatest intimacy—the desperate prayer to “Abba, Father,”—is also the moment where, hearing the answer ‘No,’ he is set on the course for the moment of God-forsakenness on the cross (15.34).  Until we have come to terms with this, we have not really begun to think what we mean when we say the Christian creeds.” (200)

Further, Wright challenges the church to “…live in the middle of this great scene: surrounded by confusion, false loyalty, direct attack and traitor’s kisses, those who name the name of Christ must stay in the garden with him until the Father’s will is done.” (200)

Wright points to Christ’s taking on the punishment prophesied for the Temple of Israel.  “Somehow he was going out ahead of Israel, to take its fate upon itself, to bring about God’s healing and forgiveness.” (208) Wright wants us to see the story of God’s grace in doing for us what we cannot do for ourselves, and calls our “astonished gratitude what is very near to the heart of authentic Christian experience. (209)

Small snapshots are what Mark uses to describe Jesus’s crucifixion, according to Wright—glimpses of Christ’s humiliation and degradation.  Mark highlights that Jesus is killed as “king of the Jews” (again, taking upon himself the fate and destiny of Israel).  But, Christ has already taken on the wickedness of the world, clearing the way, or becoming a ransom, for any who would follow him.  For those who believe upon him, his death has eclipsed its setting and the motives of those around him who executed it.

Mark refers to Christ again and again in various ways in the scriptures of Chapter 15 as God’s beloved Son (recalling “my beloved Son” at Jesus’ baptism, the “son” in the parable of the tenants, the Roman centurion who calls Jesus God’s son).  Mark, according to Wright, is closing the door on the previous purpose of the Temple, which has been superseded by the death of God’s son.  “From now on, access into the presence of the living God is open to all”… through Jesus. (216)

Jesus felt God’s abandonment and wrath as he suffered for all on the cross, but he completed this task.  As described in the scriptures, Jesus was aware of his last breath, and knew that “It is finished.”  His body was discovered missing by Mary Magdalene and Mary the mother of Jesus when they went to the tomb after the Sabbath to prepare it for burial.  A man dressed in white sitting at the tomb told the frightened women to tell the disciples that they would see Jesus again as he had promised.  But the women were afraid, and told no one.

Abruptly, the book of Mark ends here.  Wright believes the original book was mutilated, that it is uncharacteristic of Mark to stop at this point.  He says, “I think it far more likely that he wrote a conclusion, in which the women spoke to the disciples, the disciples went to the tomb, and eventually…they met Jesus again.  I suspect that the book concluded with Jesus not only comforting them for the work that now awaited them (13.10; 14.9).  The ending may not have been very long, but it will have been important as the intended conclusion to the book, drawing the themes to their proper destination.” (224)

Wright encourages readers of Mark to use the ending as a springboard for examining our own faith and of our risen Lord.  “Do we take Easter for granted?” Wright asks, “or have we found ourselves awestruck at the strange new work of God?”  He also asks us to pay attention to Chapter 16.15 in the longer of the two proposed endings to the book of Mark:  “Go into all the world and proclaim the good news to the whole creation,” (as opposed to “creatures).” (226)

Help us to understand that sometimes the answer to our prayers will be “No,” just as it was to your beloved Son when he asked that “this cup” (of suffering for the sins of the world) be removed.  Let Him be our model in how to accept and pray for your will to be done, not ours.  Give us the strength and loyalty to stay with Him “in the garden” during the tasks he asks of us in our lifetime.  We are not capable of this without your mercy and forgiveness, O Lord.  We know, just as Jesus did, that with you, all things are possible.  We worship you and turn to you, Father, thankful for the gift of salvation that you have given us at such an inconceivable price.  Your beloved Son is risen indeed! 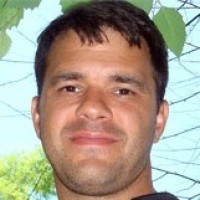